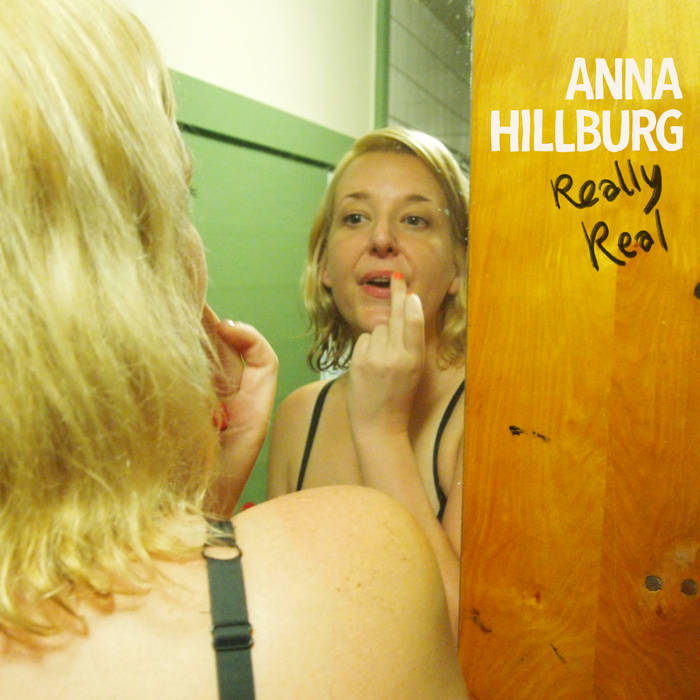 i luv mondays on BFF.fm

A lot has changed in San Francisco between the release of Anna Hillburg's debut album in 2013 to the release of REALLY REAL, the full-length follow up due out in October, 2018. Artists and musicians have fled the city for more affordable and sustainable pastures, replaced by venture capitalists and computer programmers, but some, like Hillburg, have remained in their rent controlled apartments watching the landscape transform outside. The culmination of a half decade of intense writing and recording at multiple studios with various heavy-hitting Bay Area musicians and producers, Really Real is a reminder of those hold-outs and the soul of the city that remains under the cracks in the sidewalks. Where Hillburg's debut introduced the world to her impressive musicianship and songwriting craftsmanship, Really Real marches forward, battle worn, weary, and wise.

Basic instruments for tracks 1, 2, 4, 5, 6, 9, and 10 were recorded and produced by GREG ASHLEY, at the Creamery Analog Recording Studio in Oakland, Ca.

Additional instruments, and vocals were engineered, produced, and mixed by PHIL MANLEY at El Studio in San Francisco, Ca. He also played lead guitar and glockenspeil on track 5, and lead guitar on track 9.

Tracks 3, 7, 8, and 11 were engineered, produced, and mixed by ALICIA VANDEN HEUVEL at Speakeasy Studios in San Francisco, Ca. She also sang back up vocals on track 7.

All Songs were written by ANNA HILLBURG except "There Goes My Head" which was written by Tim Cohen and arranged by the Anna Hillburg Band.

Bandcamp Daily  your guide to the world of Bandcamp

Featuring appearances from Kari Faux, Bluestaeb and and interview with NY-bred artist Wiki